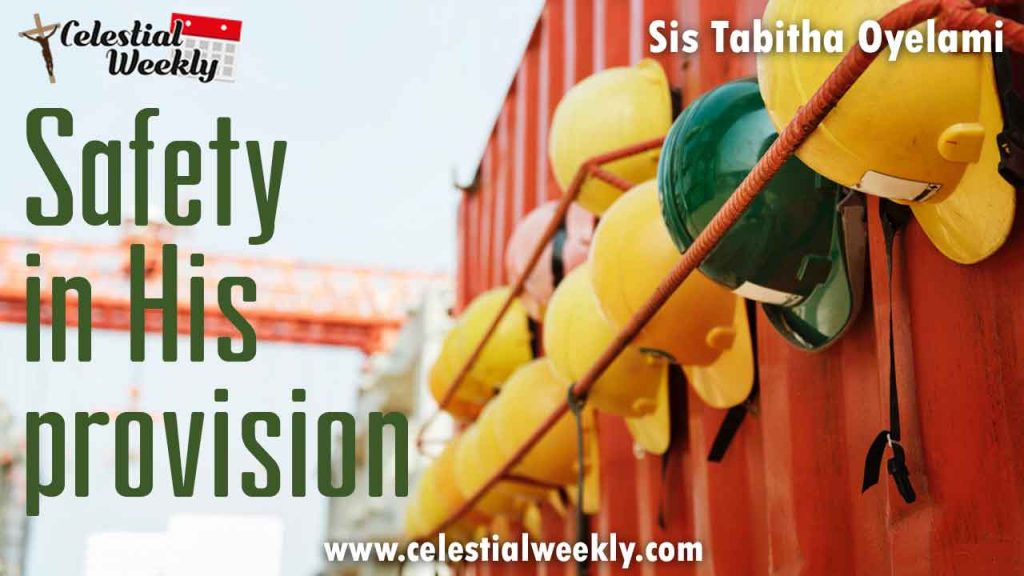 When the epistle of Paul the Apostle, to the Galatians in chapter 6 says; “Do not be deceived. God is not mocked, for whatever a person sows, that he will also reap.” It also captures the synopsis of the event that unfolded in the days of Noah.

Should Noah had not heeded with accuracy to the pattern and measurement for the ark, if he had only obeyed the measurements but lapsed in the strength of materials to use, or he’d fashioned it the other way round, what would have become of the ark after days and weeks and months of persistent rainfall? Your guess is as good as mine.

Would it have made a good haven for the creatures on board, or survived the torrential downpour that creaked, groaned and shifted the ark, or the floods that buffeted it?

Would there really be any moment of rest for Noah in the ark which must have given way to cracks and water leaks and practically swung the family members into action of shifting here and there, while trying to push the water out of their way? Wouldn’t the wellbeing of humans and animals on board be threatened and endangered? Wouldn’t discomfort replace their comfort as God intended?

Wouldn’t the helpless animals on board, at that point considered it better not coming in with Noah, in the first place?

All this occurred for the purpose of “PARTIAL OBEDIENCE.”

Would Noah in all his righteousness and with the uprightness (Genesis 6:9) on his own be able to determine whatever would suffice for the timeline of such great floods? The welling up and the drying off? The broken brooks and the waters assuaged? NO.

But for the grace of God, He alone can avail such instructions to His own people, to be executed for such perfect safety. Alleluia!

Here is the point, whatever instruction you get from God is for your safety, not His. Nothing threatens His safety.

If God had warned us to desist from fornication, adultery, theft, malice, strife… and whatever evil deeds that easily take us in, don’t you think it’s foremost for our well being, to keep us safe and afloat?

Does He have a wife that he’s scared you might snatch? Or a property you probably might rob him off? Scratch that.

If that Gopher wood had appeared too pricey or not so commonly in use in the eyes of Noah, and he’d opted for an improvision against God’s provision, (which would have led a supposed survival generation to an unspoken outcome), can God be mocked? Impossble.

Up till date, gopher wood remains as a mystery to theologians, as the force that sailed the gigantic 3-storeyed wooden ark, against the torrents of inordinate flood of water, rising more than twenty feet above the highest mountains. Glory be to our God, Alleluia!

The bible says “Thus Noah did according to all that God commanded him, so he did.” – He did ALL. No wonder the bible could not overlook that Noah was a JUST and a perfect man in His generation.

Everything God has relayed to you or whatever He is telling you and I to do; in the place he’s assigned to you and I, for the benefit of all, to accomplish His work and the mission of this last boat of salvation, please do it with the very best of your might and resources, as Jehovah Wills and gives grace, without seeking improvision. Who knows, perhaps your best input will be the only resort to keep you afloat against the untimed storm and rage.

Celestials, take care of your works.

Ojú Olúwa n wo ise re

May God grant every one of us the enablement to do as He wills, that we may not deny him of an absolute Obedience in carrying out every of our good works. Amen. 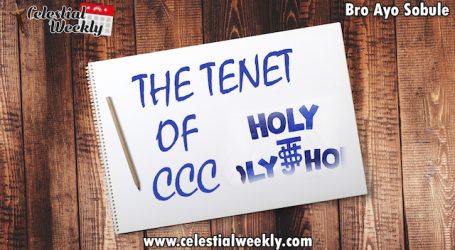 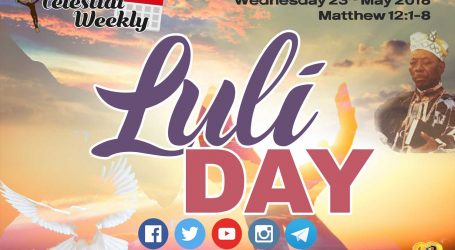 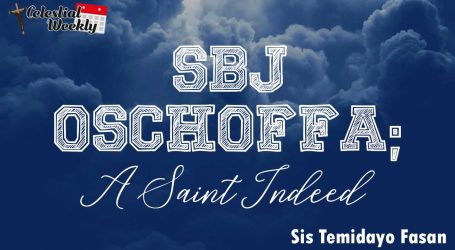