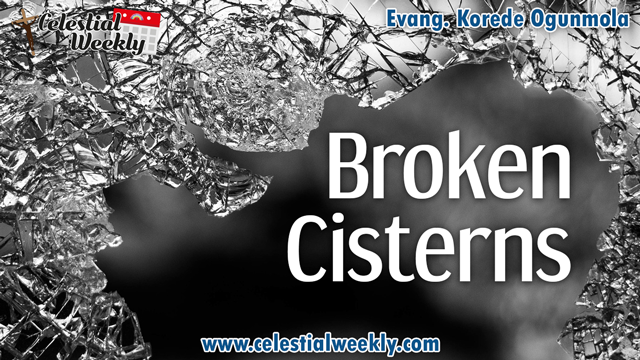 “My people have committed two sins: They have forsaken me,

the spring of living water, and have dug their own cisterns,

One of the greatest challenges of man is distraction and the moment that happens, he goes astray and bears the comeuppance(s) on the long run. Not knowing that one is bereft of ideas and a way out in a situation is a problem in itself and without much equivocation, this is a growing concern to the faith today.

A man will naturally lack direction anytime he veers from the pattern orchestrated for him by God, and this was the pity narrative of the fall of man at Eden. The society has always been at crossroads whenever there is a crack in the line of communication between God and man and till today that truism still stands. Two highlights were mentioned by Jeremiah when Israel lost it with the LORD.

For my people have committed two evils; they have forsaken me the fountain of living waters, and hewed them out cisterns, broken cisterns, that can hold no water.- Jer. 2: 13 (KJV)

The compelling principles ordained to them (Israel) as a nation of God was compromised with strong antitheses as shown in the above verse, which eventually became a paradigm for their failure. There is no quivering over the fact that when a man sees beyond God, fall is imminent. The way to destruction does not openly announce itself, rather it comes in a subtle way. Keeping a track of your ways is the panacea to a healthy relationship with God. The worth of your relationship with God standardizes and puts you on a platform of perpetual communion with Him.

For the commandment is a lamp, And the law a light; Reproofs of instruction are the way of life,… Prov. 6: 23 (NKJV)

Forsaking God is not by making speeches that depict such, but it is revealed when we decide to go out of His express orders and it is only in Him that a way out could be ensured and guaranteed. God preserves the way He channels for His covenanted to walk therein and the gains of such ways are always unending. The Psalmist understood this when he said,

The love of God for man is immeasurable and whoever connects with Him is sure of a step to step guide and directive ad infinitum. In a bid to plug moral leakages and eschew spiritual delinquency as this time present, an anchor that would hold us in animated position with Him is required and that is best furthered by knowing His way only by His instructions. The consciousness of time must be the bane of this generation like the children of Issachar who had the understanding of time, else so many things would be left undone. Meanwhile God desires those that are in the light to illuminate the entire world.

In the hierarchy of angels in the heavenlies, some lead while others follow. Interestingly there are realms at that level and those in the lower realms are being led by those in higher realms. Apostle Paul orderly positioned this in his letter to the Colossian church when he wrote,

“… For by Him all things were created that are in heaven and that are on earth,…whether thrones or dominions or principalities or powers” Col. 1: 16.

Leadership therefore is fundamental to organized living and life. God made a particular creation to take charge during the day and another to take charge of the night. What an awesome God! In the wisdom of Solomon, he discovered the leadership philosophy of the ants and coveted it and saw why man should take the same line.

“Go to the ant, you sluggard! Consider her ways and be wise, which having no captain, overseer or ruler, provides her supplies in the summer, and gathers her food in the harvest.” Prov. 6: 6-7

Now in the order of the termites, they have hierarchical order which they follow in carrying out their activities within their colonies. They have the king, the queen, the soldiers, the workers, etc, but interestingly they bow to one another according to their functions and levels.

Man is the most inclined of all God’s creation, and he does fantastic only when he is controlled by the noble spirit of God, which is the Holy Spirit. In the beginning, God made him (Man) a leader over all that God had made and then GOD said,

“…let us make man in our image, after our likeness: and let them have dominion over the fish of the sea, and over the fowl of the air, and over the cattle, and over all the earth, and over every creeping thing that creepeth upon the earth.”

Apparently, God had made man a leader over all that He made and he is expected to live up to it. In the context of this presentation, integrity is key, in that morality (principles concerning right and wrong or good behaviour) is fundamental to this discussion. Morality here would be addressed in the context of integrity.

Decadence, according to the Oxford Advanced Learner’s Dictionary means “behaviour, attitudes, etc, which show a fall in standards, especially moral ones, and an interest in pleasure and enjoyment, rather than more serious things.”

Overtime, even from creation, there have been bars being lowered in regards to standards and it is the same till date. The society today is compromised in terms of values, government and governmental decisions have been perpetually failing the citizens in many nations of the world. Religious environment are also not left out of this quagmire as well. Then, there is the need to return to what is termed,“Good Leadership Procedures”, that will endure seasons and times.

At a time in Israel, God raised Judges among the people to see to the continuity of God’s ordained principles and commandments, but at some point, Israel compromised the standard given to them by God due to some missing things in their system.

“Now for a long season Israel hath been without the true God, and without a teaching priest, and without law…And in those times there was no peace to him that went out, nor to him that came in, but great vexations were upon all the inhabitants of the countries.” 2 Chr. 15: 3-5

A few points must be born in mind in the context of this discussion. Selflessness (sacrifice) and integrity in any leadership pattern when staked makes true leadership realizable. The aphorism is that when the consciousness of God is lost in the heart of man at the slightest compromise of God’s truth, he goes out of his ways and eventually becomes morally delinquent. Leadership starts from the heart and not in the head. Leadership comes from within a man and its reflection is what is visibly seen on the outside. If the heart is compromised or in a state of derailment, the output can never be good. Little wonder Apostle Paul puts it succinctly,

Maintaining it right in leadership starts from the consciousness of what the heart conceives. The heart is primarily of significant importance when it comes to leading people, therefore it must be nourished with good thoughts because it is the melting pot of all ideas.

In the Acts of the Apostles, the credentials for serving as a leader were presented and people were put in places of leadership (service) based on that.

“Therefore, brethren, seek out from among you seven men of good reputation, full of the Holy Spirit and wisdom, whom we may appoint over this business;…” Acts 6: 3 (NKJV)

“A good name is rather to be chosen than great riches…” (Prov. 22: 1).A good name cannot be compared with anything and men that are so conscious of their names lead well in the society. They wield great influence and could be entrusted with many things. There has been an occasion in this country (Nigeria) that the debt of the entire country was cancelled on the honour of a woman, being the Minister of Finance then; considering her integrity and position in the International Community. A good reputation offers beyond what man could think about. Good reputation is borne out of integrity and integrity births influence. Influence is dynamic and it flows through and from a man.

The promise of the Holy Spirit had been mentioned earlier in the scripture in the Book of Prophet Joel (Joel 2: 28). Jesus had mentioned in the gospels that He would send the “Comforter”, the Holy Spirit, to teach and to remind believers all that He had said. This Holy Spirit when allowed in our hearts would guide us into all truth of God as touching man. Meaning as a leader, ideas would flow within us and that there would be answers to all life’s concerns and issues.

(i). The Holy Spirit guides a man by the integrity of his heart.

(ii). New ideas would flow by the leading of the Holy Spirit.

(iii). It anchors a man’s heart perpetually with God’s principles. “Thy word have I hid in mine heart, that I might not sin against thee” (Ps. 119: 11)

To salvage the situation at this hour of peril, it is required that everyone sees himself as a mirror that the world beholds and as such reorientation is guaranteed at all levels. When our level of consciousness to good is raised, then one would not drink from broken cisterns, rather from a well vibrated one and minds that the LORD has truly prepared for His kingdom would not be lost on the long run. 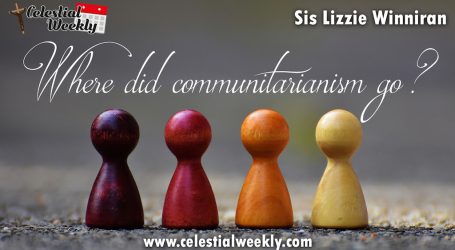 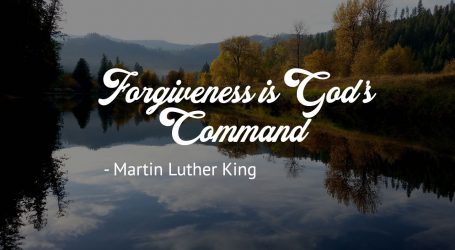 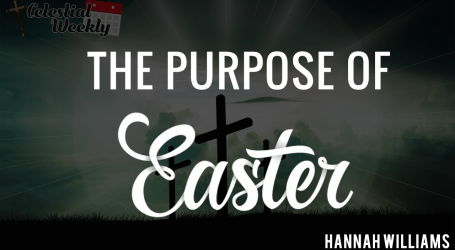 381 And he made the altar of burnt offering of shittim wood: five cubits was the length thereof, and five cubits the breadth thereof; it was foursquare; and three cubits the height thereof. 2 And he made the horns thereof on the four corners of it; the horns thereof were of the same: and he overlaid it with brass. 3 And he made all the vessels of the altar, the pots, and the shovels, and the basins, and the fleshhooks, and the firepans: all the vessels thereof made he of brass. 4 And he made for the altar a brazen grate of network under the compass thereof beneath unto the midst of it. 5 And he cast four rings for the four ends of the grate of brass, to be places for the staves. 6 And he made the staves of shittim wood, and overlaid them with brass. 7 And he put the staves into the rings on the sides of the altar, to bear it withal; he made the altar hollow with boards.