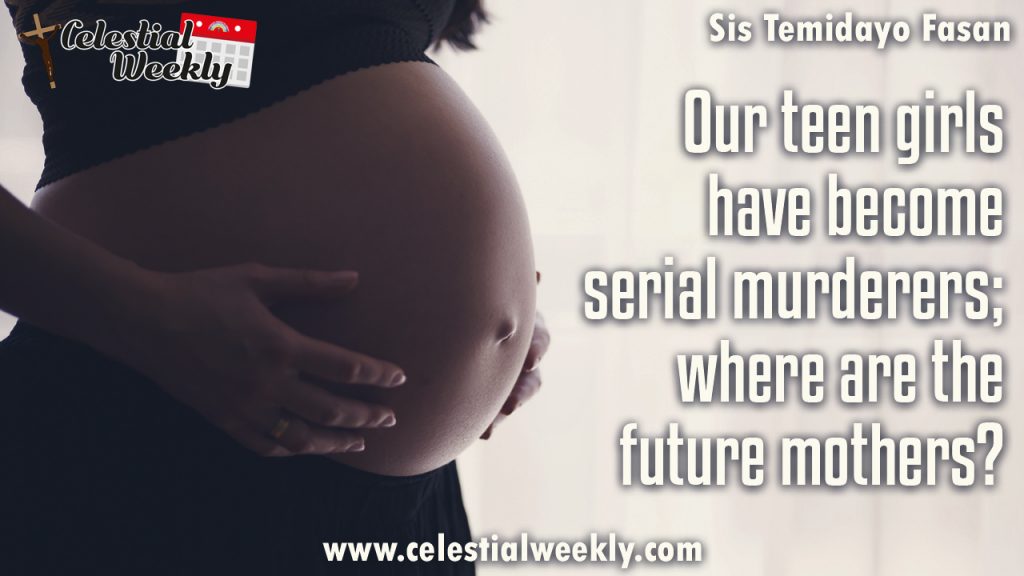 In commemoration of the 2019 Mother’s day; an event celebrated all over the world to show love towards mothers, respect their commitment, recognize the efforts of maternal bonds and the role of mothers in our society.

To reminiscence on the significance of mothers in our lives, laying special emphasis on motherly figures around the world, and an accolade to mothers who have rendered selfless service to humanity.

Women are naturally caring and passionate figures: these features are the constituent in the physiology of mothers which makes them tender hearted and compassionate towards nature.

Mothers are the passionate backbones of the family which upholds the home and priotises the care and survival of their offspring, as without our mothers we may not be alive today.

But in contrast, in today’s generation girls are gradually degenerating in these motherly qualities, blinded by technology, girls from teens to tweens have grown blurred eyes of compassion, and no longer have feelings towards nature, with multiple adolescent induced abortions and child abandonment recorded on daily basis. Where are the future mothers?

Adolescent pregnancies are a global problem that occurs in developed and low income countries, with high rate of occurrences among people in the lowest world, commonly driven by poverty, lack of education and employment opportunities.

An estimated 23 million girls aged 15 to 19 years in developing regions have an unmet need for modern birth, with women in their twenties accounting for the majority of abortions globally, where most pregnancies are upshots of youthful exuberance and lack of sex education.

According to a study in Nigeria, 56 percent of unintended pregnancies end up in induced abortion which has been linked to lack of partner support, family, social and societal pressures which also informs why most teens are compelled into relatively late (second-trimester) abortions, use of untrained providers and self-induced abortions.

However, Nigeria’s abortion laws as expressed in sections 228, 229, and 230 of the Nigeria’s criminal code act, makes it one of the most restrictive countries regarding abortion, charging fourteen years imprisonment against convict, with the exemption of abortions carried out to save the mother’s life.

Regrettably, abortion which our young ladies have seen as the easy way out has a lot of destructive consequences, which could have been escaped by keeping the baby.

Teenage abortion has been linked to a number of physical and psychological problems, including drug and alcohol abuse, suicide attempts, suicidal ideation, and other self-destructive behaviors. Severe complications from unsafe abortions, especially if left untreated can contribute to maternal morbidity, and sometimes to long-term disability and maternal mortality.

Compared to women who abort at an older age, women who abort as teens are significantly more likely to report more severe emotional injuries, having been traumatised and depressed from the abortion act. This finding is supported by the fact that women who aborted as teens participate in disproportionately large numbers in post-abortion counseling programs.

But is abortion the right way out of unintended pregnancy?  On the part of a believer, it is a shameful act to be reported pregnant out of wedlock. Nevertheless, should anyone fall victim of such presumptuous sin, babies are blessings from God and shouldn’t be discarded, else your sins continues.

Also the realisation of being responsible for oneself and another human being, makes one to become a more mature and future-oriented person, therefore adolescents should be encouraged to woman-up and take the responsibility of being a parent rather than wasting the baby uncompassionately, which does more harm than good.

On the other hand, teens with financial challenges of caring for the baby should look into giving the child to orphanages, or for adoption to someone who would love and care for the baby instead of engaging in abortions and child abandonments.

As earlier said, most adolescent abortions are upshots of family and societal pressures; this message therefore calls out to families, parents, governmental and non-governmental organizations, religious leaders and charitable organizations to shun the stigmatization of pregnant teenagers but rather join hands in encouraging them to keep the baby to help reduce the risk of abortions and child abandonment.

Furthermore, lassies who keep their babies always show a higher degree of responsibility in the society than their peers who abort, they are less involved in social vices and are more goal focused.

Nevertheless relying on families, government and other charitable organizations may be the only alternative to sheltering, feeding and clothing their child and themselves, therefore knowing this is a listening government, we implore our government to setup a policy that looks into the welfare of pregnant teenagers, which will in turn help uphold the law against abortions.

Happy mother’s day to all selfless motherly figures around the globe from us all at Celestial Weekly. 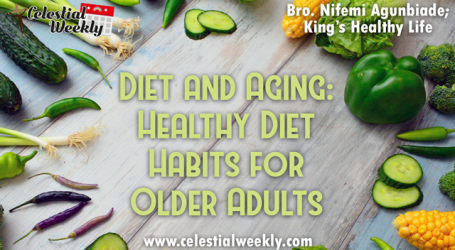 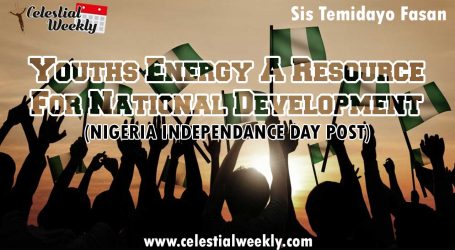