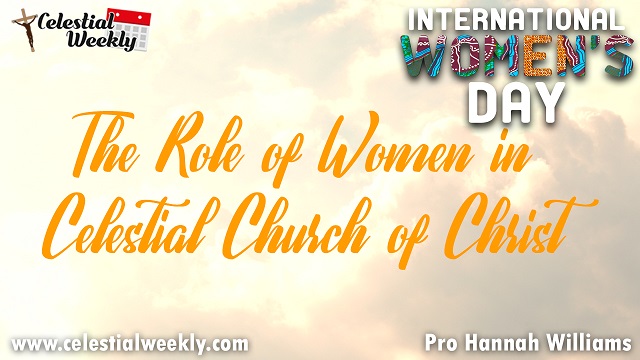 Women; a gender that takes up a number of important positions- mothers, helpers, carers, sisters and so much more.

Although, it is often questioned about what position we take up in the church? As we celebrate International Women’s Day, it is a good idea to identify the role women have in CCC.

It is understood that CCC is majorly run by our male counterparts, which goes without saying. However, it goes surprisingly unnoticed that women actually hold a lot of responsibilities in the church and this isn’t just that of Mother Celestial.

As mentioned above, women are natural helpers and carers, and this is a position that is often overlooked in the church. Although there may not be an official rank given to our dear mothers and aunties that render hours of care and assistance every week, these are roles that keep the church running.

Let’s think of it this way: The aurora of a woman speaks openness, empathy, compassion, nurturance and more. If we compile all these together amongst the many women we have in CCC churches, there are noticeably a lot of things that can and are achieved.

For instance, things like counselling and teaching (i.e. Sunday school) are often led by women in the church. Whether the rank of the woman in question is held by a Mother Celestial, Prophetess or a Sister does not really matter.

Although, what is often noticed in the church is that women (and men) with the highest ranks are those that are called to such positions. Once again, this goes without saying, I myself know of multiple M/C’s that are doing great things in/ around the church, yet, the same goes for women of other ranks also.

It is always said that women make up the most members in CCC parishes, so the hands of women are always available to aid. For instance, if a new born baby is brought in for naming, there are always multiple women there, or if people are under protection more times than none, there will be women there.

If a prophet is on trance, a woman will be called to assist. The cleaning of the church, it is often done by women. The cooking and serving of food, also mostly by women. The welcoming of new members is often taken up by a woman.

Above are just a few examples, but if we really go in-depth to the numerous examples of roles that women take up in the church it will be clear that many go unnoticed- why is this?

It is understood that it has been led by the Holy Spirit that women must not enter the altar, lead the service or even stand on the pulpit. However, this should not limit the voice of women from being heard, or our skills from being manifested. 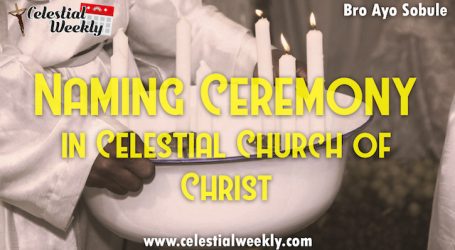 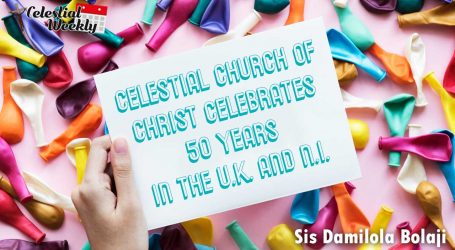