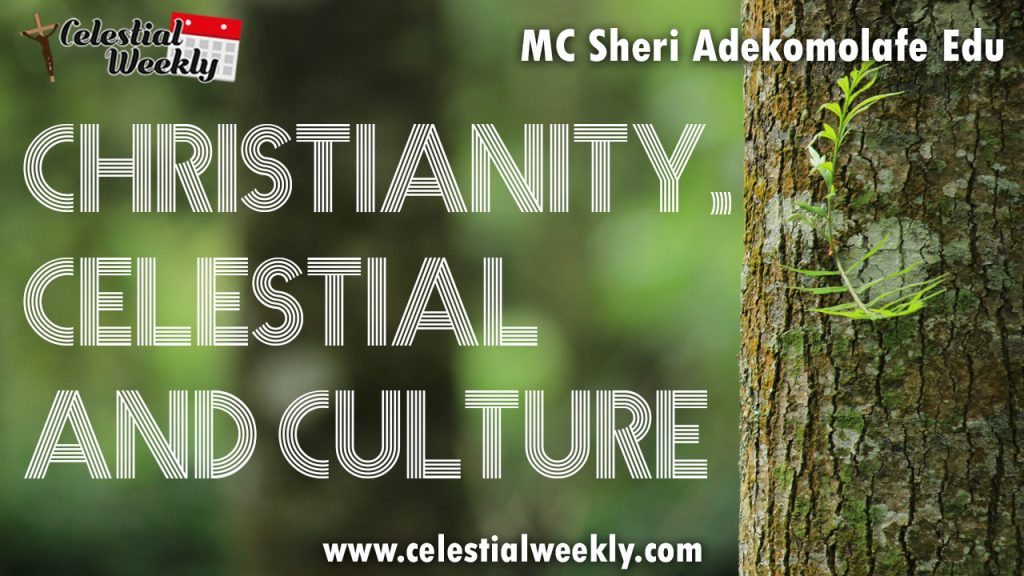 ‘For God so loved the world that he gave his only begotten son.’

This scripture in John 3:16 explains the entire good news message of what has become known as Christianity.

Jesus Christ became flesh and dwelt among men, when He returned to the Father he charged his disciples to go out and preach the gospel to the very ends of the earth (Matt 28:19 -20, Mark 16:15).  This is simply God’s way of saying go out and change the culture of the world by making Christianity a way of life!  The great commission was relentlessly pursued by followers of Christ to the extent that some laid down their lives for the purpose.

From the foundations of the earth people have formed various cultures which direct their lifestyle and way of doing things but, man’s culture tends to differ from Gods instructions as His ways are not our ways and His thoughts are not our thoughts (Isaiah 55:8-9) E.g. The Lord instructed Moses to lead the Hebrews out of the idolatry atmosphere of Egypt to go and worship him.

Naturally, everyone has a background and lifestyle which stems from the culture of their birth or immediate environment but it is important for us to realise that a servant cannot serve two masters (Matt 6:24).  TrueChristianity is not a religion, buta lifestyle that is synonymous to that of Jesus; a lifestyle that reminds people of Calvary.

He who was crucified on it and the reason why He died; a lifestyle of love and actions that spell goodwill toward all; a lifestyle of openness, forgiveness, longsuffering, peace and harmony towards all men. Christianity is a lifestyle that seeks to do the will of God the Father andmust therefore bring about a change from our normal cultural foundation. In view of this, Christianity and Culture can be seen as two opposing forces of influence present in the life of followers of Christ.

The Celestial Church of Christwas descended to take people away from Idolatry worship and practice and to follow Jesus Christ the owner of the Church. It is a spiritual, world-wide, united, indivisible Holy Church which came into the world from heaven by DIVINE ORDER on the 29th of September 1947 in PORT NOVO, REPUBLIC OF BENIN (formerly REPUBLIC OF DAHOMEY) through a single individual, a man who is the founder of the Church, the Late Reverend Pastor Prophet Founder SAMUEL BILEHOU JOSEPH OSHOFFA who said;

On the 29th of September, 1947, in the deep mystery of the divine appearance, during prayer, of the winged angel bathed in intense light, word came from God saying;

“It is the wish of God to send you on an errand of preaching to the world. Many nominal Christians there are who, when confronted by difficulties and problems of this world, they run after fetish priests and other powers of darkness for all kinds of assistance. Consequently, on their death, they cannot see Christ because, by their action, Satan has left his spiritual mark on them. To assist you in your work so that men may listen to and follow you, miraculous works of Holy divine healing will be carried out by you in the name of Jesus Christ. These works of divine healing and God’s spiritual mark on you will testify to the fact that God sent you”

The instruction given to the late Pastor Founder clearly illustrates that Celestial Church of Christ (CCC) was descended to take people away from Idolatry worship and unholy cultural practices but unfortunately several CCC Parishes have taken advantage of the fact that majority of the CCC doctrine tends to mirror the African culture that the Church originated from and use this to embrace large parts of cultural practices into the church. This is indeed true of most denominations and not necessarily a bad thing but culture is not always in line with the word of God and the church must therefore be careful with what we mirror.  Any Church denomination can hardly embrace culture without idolising; sex, wealth, power, polygamy, witchcraft and other worldly acts.

The Church and Culture

While the rules of Christianity can be clearly defined, culture often creates large grey areas that cannot be easily explained. Inasmuch as culture exhibits many aspects of truth, goodness, and beauty, every culture, and every aspect of culture, is corrupted and distorted because of human sin.

By becoming a reflection of culture, the church can lose its position as a champion of a better way to live. When Christians adopt a ‘Christianity of culture’ mind set, they take away Christianity’s ability to be a prophetic voice and usually end up sacrificing doctrines and moral beliefs that run contrary to the cultural consensus. There are good intentions and can be positive fruits, but it may not ultimately be the best route for the church to take.

Deuteronomy 28:1-14 lists the copious blessings available for obedience but The Bible further confirms that over the ages people have repeatedly rejected the commandments of God. In the course of time, Jesus came to take us back to God but even his own people rejected Him as they preferred to tread their familiar path. Similarly, many still reject Christ and move back to their cultural way of doing things.

The way forward for CCC and any Christian denomination for that matter, is to realise that as Christians, we are Christ’s ambassadors (2 Cor 5:20) this means we represent another world, while we live in the midst of this one.

Although it is important for us to know and understand the culture of our surroundings, we must live our cultural lives in obedience and witness to Christ.  As members of Christs own Church everything about CCC must reflect the one we serve. We thank God for the existence of culture and recognise whatever is good in it, but must seek to redirect whatever is not good toward Christ who is the way the truth and the light.

He is the good Shepherd and directs the sheep aright so we can rest assured that the way of Christ is the best way for us to tread. Moreover, he said that without him we can do nothing (John 15:5).

As we celebrate the birth of Jesus Christ following the Christmas season and just after the Platinum Anniversary of CCC, the way forward after 70 years since inception of the Church  is to demolish mediocrity and fill our minds with biblical precepts; being  careful that we do does not abide by the surrounding culture.

We can be interactive, but not accommodating, developing a positive revolutionary mind-set that will glorify God in all aspects of our life.  While doing this we must not throw the baby away with the bath water, bearing in mind that Celestial Church of Christ is original and respect its spiritual identity. 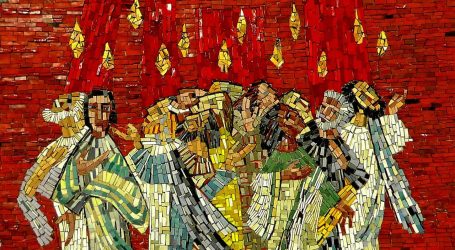 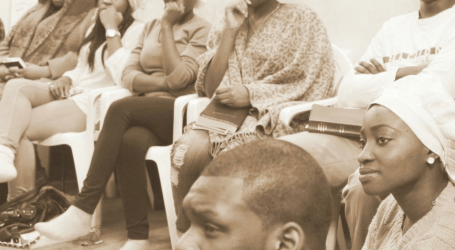 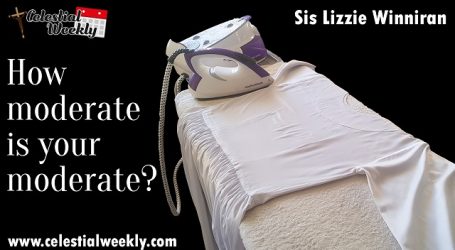