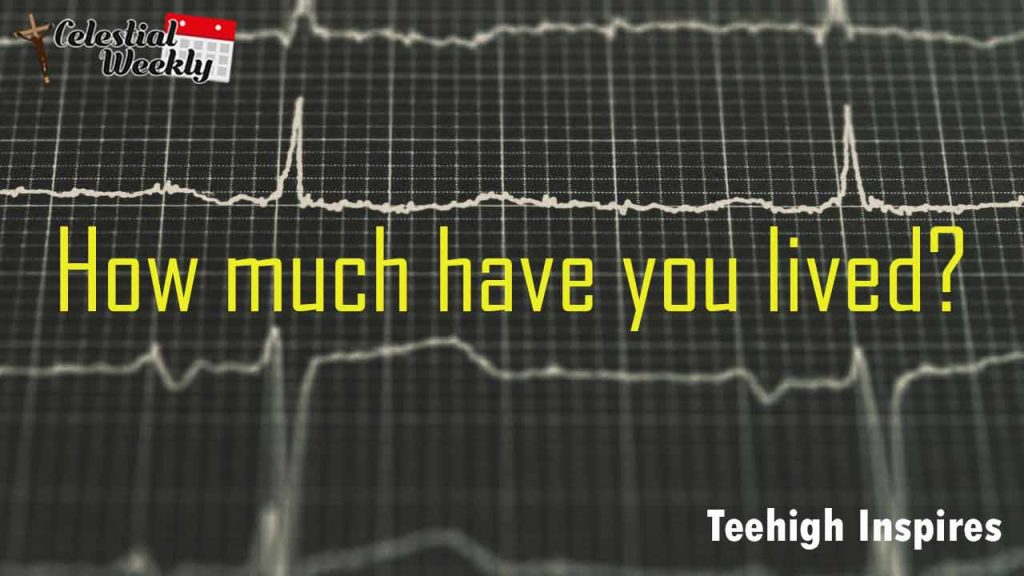 Once, I stumbled on the biography of Bob Marley, the Jamaican music legend. Even if you are not a fan of reggae music, you would still love or at least have listened to his widely known song, “No woman, no cry.”

Of course, I was inspired and intrigued by his story, his rise to fame and fight for equality. Yet I was left disappointed. Why? Because I realised that he died at 36 in 1981. Quite a shock he left so early!

So how come so much was said about him? How come his legacy has outlived him such that one would think he lived a hundred years? How could such a great man die so early? I kept asking myself questions.

However, I remembered that life is not about longevity but significance. In other words, it is not the length of our days that matters but the depth of it that truly counts. I’d explain.

Remember Tupac Amaru Shakur aka Makaveli, who was an American rapper, actor and poet that sold over 75 million records worldwide, making him one of the best-selling music artists of all time? He is consistently ranked as one of the greatest and most influential rappers of all time as he mainly spoke against racism, violence and hardship in America. But despite his great exploits, guess what? Tupac died as early as 25.

Bruce Lee, the Chinese American, who was an Hong Kong actor and the greatest martial artist and philosopher is another icon to remember. He was mainly known as a martial art instructor yet he was also a great philosopher. One of his quotes says, “The key to immortality is first living a life worth remembering.” Unfortunately, he died at 32.

Alexandra the Great, who created one of the largest empires in ancient history and was one of the greatest and undefeated military geniuses of all time died at 33.

Jesus, the central figure of Christianity who is the Messiah and most influential personality of all time as he performed life changing miracles and exploits such as feeding 4,000 and 5,000 people and raising people from the dead. He also emphasized the need for a Holy life and love for one another. He also died at 33.

How about Malcolm X, the Muslim minister who was a human right activist and one of the most influential African Americans in history? He indicted Americans in harshest terms for its crimes against black Americans. He was a courageous orator whose prowess fascinated millions and he grew the numbers of Muslims from a mere 400 members in 1952 to 40,000 members by 1960.

His counterpart, Martin Luther King Jnr, a civil rights activist and one of the greatest orators in American history who delivered the “I HAVE A DREAM” speech and inspired later leaders like Barack Obama who went on to become the first African American President. He also died at 39.

Louis Braille, the blind genius who was one of the greatest inventors of all time as he was commemorated on Dollar, Euro and Rupee for his contribution to humanity, he died at 43.

John Kennedy, the 35th President of the United States, also known by his initials JFK. He was the youngest elected American President as he assumed office at 43 and he was the only President to have won the Pulitzer Prize. He died at 46.

This list is inexhaustible but the point remains that despite their early demise, these men were no doubt world changers and they continue to inspire the world through their immense contributions and lifestyle.

Nevertheless, my emphasis is this, life is not about the amount of days you live on this earth but what you fit into those days is what earns you a remarkable life. In other words, life is not just breath. Life is impact! Abraham Lincoln said it this way, “In the end, it’s not the years in your life that count. It’s the life in your years.”

So it doesn’t matter how young or old you are right now, the question is, how much life do you have in your years? What would be said about you when you are gone?

Reflect on these…the clock is ticking…