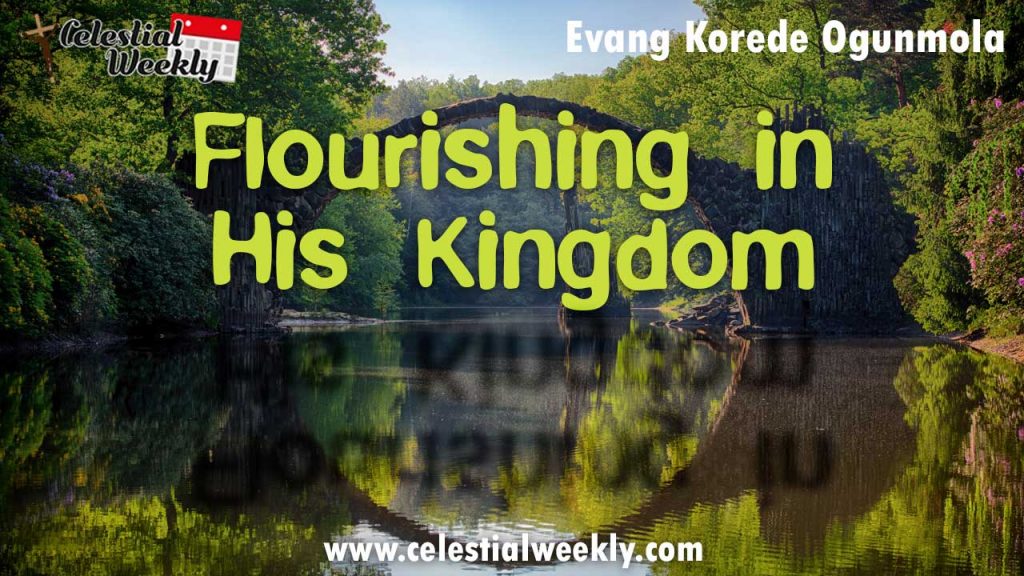 Kingdom principles and ideals are paramount discussions in the body of Christ and however young or inexperienced a believer could be in the faith, it is imperative that such teachings and principles are imparted and imbibed, in that they form the spine of the orientation that sustains believers in their walk of faith with God.

The kingdoms of this world and of God have separate attributes that can never be mingled, and these attributes are sparkling qualities which they possess that people/men crave and long for as they pursue one goal or the other. Whether a believer is inclined in the faith or not, they all make recourse to a kingdom, which has to do with what they long for or cherish.

Jesus did not do without informing His own while on earth about the kingdoms of this world. Whilst informing them, He told them about His own kingdom and what they should expect. Since His followers thought that the Kingdom of God should appear just immediately, He spoke certain things to them, which must be at the forefront of our conceptions and mindset as His chosen ones.

“And as they heard these things, he added and spake a parable, because he was nigh to Jerusalem, and because they thought that the kingdom of God should immediately appear. He said, therefore,…Occupy till I come”-
Luke 19: 11- 13.

To flourish means to succeed, to develop, to glow, to take charge, etc. The promise of God for Joshua was that he would have good success. The parameter as however discussed with him by God was that he should be strong and courageous that he may observe to do according to the law. Therefore, for a man to be favoured by God, a few conditions must be met by man.

No man has had an excellent walk with God without being terribly obedient. He expects that every stride we take would be by His dictates (leading) only. Obedience is simply conforming to God. When the LORD called Abram in Genesis 12, He instructively told him to leave his domicile for a place that the LORD was going to give him. Abram obeyed God by leaving his country, his kindred, and his father’s house. Eventually, after he had passed through Sichem, unto the plain of Moreh, he discovered he had lacked resources and needed to “refuel”. At this point, he did not go back to God but went of his own will to Egypt, which was the start of his predicament. Many believers are carried away by what they see in other people and decide to go in the way of others, leaving aside the original plan of their Creator for them. There had been occasions that people sought greener pastures, simply because a friend was successful in his own sojourn. Meanwhile, God does not see as man sees. When Abram saw there was famine in the land, he pictured there was plenty in Egypt and went there.

“And there was a famine in the land: and Abram went down into Egypt to sojourn there; for the famine was grievous in the land”. – Genesis 12:10

After the LORD had thus spoken to Abram again in Genesis 15, he asked him to make available a sacrifice, which he made and much later, he drove away the birds that came for the sacrifice and the LORD told him that his children would dwell in Egypt and sojourn for a period of 400 years. It is not only the issue of the sacrifice that led to his children’s children sojourning in Egypt but also the reliance he had nursed towards Egypt as a place of succour in Genesis 12. The mistake of Abram meant that his posterity would suffer for about 430 years. This suffering as discussed in Exodus 1 revealed that it was grievous.

“And the Egyptians made the children of Israel to serve with rigour: And they made their lives bitter with hard bondage, …all their service, wherein they made them serve, was with rigour”.- Exodus 1: 13-14.

Obedience, as simple as it looked could bring about an eternal regret if the situation is not properly handled or salvaged. A promise of God in Isaiah 26: 3 was that he would keep you in perfect peace. Though, the condition for this to be so would require that your mind stays on Him.

“Thou wilt keep him in perfect peace, whose mind is stayed on thee: because he trusteth in thee”. – Isaiah 26:3

Righteousness entails doing the will of God as purposed for man. It is the plan of God that meets His purpose by man.

“Righteousness exalts a nation: but sin is a reproach to any people”. – Proverbs 14: 34

God enjoys those who deal with Him righteously. He alone determines who is righteous though. Righteousness transcends some form of feigned self-righteous hypocrisy. It requires that we factor in the mind of God as touching everything and anything that we do. The result hitherto is what places believers on a pedestal for reckoning by God.

“Thy throne, O God, is for ever and ever: a sceptre of righteousness is the sceptre of thy kingdom. Thou hast loved righteousness, and hated iniquity; therefore God, even thy God, hath anointed thee with the oil of gladness above thy fellows.”- Hebrews 1: 8-9.

The first prayer in the Lord’s prayer is, “Let Thy Kingdom come”. Taking us into a kingdom by God implies that God has a lot in stock for us. His consideration and show of mercy to the Israelites in Egypt implies that He had a provision for them where he was taking them. God does not make mistakes. He is too great to make mistakes. He is plenteous in mercy and full of compassion (Psalm 103; Lamentations 3: 22-23). Those who will flourish in God’s kingdom are those that have fastened themselves to God by mentality and they enjoy the pleasures of the Kingdom ad infinitum. Several believers have enjoyed privileges on earth as if they dwell in heaven; invariably when a Kingdom believer dwells in the principle of God, he is bound to experience heaven on earth.

Every kingdom is a means to an end and not an end in itself. As much as it is of no benefit discussing the kingdom of darkness, I would like to tip-toe around a salient point for the sake of clarity. Man is bound to pursue one goal or the other in life, ranging from an academic pursuit to career goals, politics, etc. None of these is perfectly achieved if one is not endued with power. Power in this context could either be divine or of the kingdom of darkness, but the bottom line is that power is needed in sustaining glory. Whatever the kingdom of this world offers, it is transient; however beautiful or promising. The devil does not possess anything in his kingdom. All he offers would die with man in this ethereal plane. In order to be glorified in life, people go the extra mile in seeking assistance from various sources.

The revelation of John states that “And I heard a great voice out of heaven saying, Behold, the tabernacle of God is with men, and he will dwell with them, and they shall be his people, and God himself shall be with them.”- Revelations 21: 3

What every kingdom dissipates is power. During the ascension of our Lord Jesus Christ, he promised His disciple’s power.

“But ye shall receive power, after that the Holy Ghost is come upon you: and ye shall be witnesses unto me…”

Power is meant to sustain glory and when a good use of it is achieved, the testimonies are enormous in the long run. No glory shines without power. Interestingly the power of the kingdom releases fresh ideas into us making us as smart as angels.

A popular story of a woman called Mama Leke, grinding at the mill at C.C.C Makoko in those days, comes to mind when she suddenly saw a ball-like membrane descend in broad daylight and an angel came out in the full form of an angel and approached her to say, “this is the way you will be seeing us if you do as we instruct you”. She was so astonished that she ran to meet the church elders, telling them her experience. Our wisdom and intellectual strength would be like that of the angels because He had promised that the tabernacle of God is with us.

“And Pharaoh said unto Joseph, Forasmuch as God hath shewed thee all this, there is none so discreet and wise as thou art…”. – Genesis 41: 39

“Who maketh his angels spirits; his ministers a flaming fire”- Psalm 104: 4

“For I will give you a mouth and wisdom, which all your adversaries shall not be able to gainsay nor resist”.- Luke 21: 15

his is a state of fulfilment. Every man however naive longs for glory. It is only on the premise of power that glory functions. The bible says, “…ye shall eat the riches of the Gentiles, and in their glory shall ye boast yourselves.” – Isaiah 61: 6

In retrospect, in the subject of Biology, back in the school days, an academic topic called Osmosis and Diffusion reveals the scenario of a kingdom.

According to the book, Introduction to Biology by D. G Mackean, an experiment with a peeled unripe pawpaw that is cut into two halves has it that the higher concentration has a concentration of soluble solid that is put in it; and as such, it has the pull (power) to draw water from a lower concentration that contains only water (riches of the Gentiles). At some point, the water in the semi-permeable membrane (Kingdom) increases the more till the entire water in the lower concentration is totally absorbed. When one considers this perfectly, one would infer that the higher concentration is a kingdom that is meant to flourish on all that is around her. Meanwhile, every kingdom is administered by a king. Therefore, the Lord has commissioned us as Kings to take charge till His coming. For every assembly of the saints in light, when there is a synergy in a kingdom, a quaking effect is certain, and the certainty of this makes them take authority on all front. “Where the word of a king is, there is power”. Ecclesiastes 8 : 4. 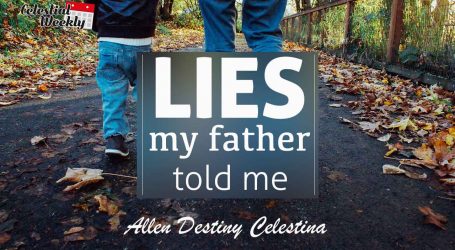 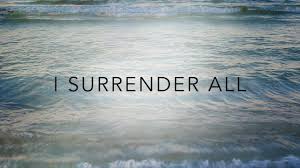 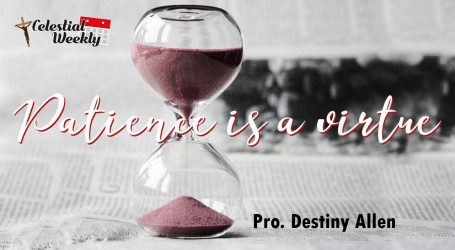