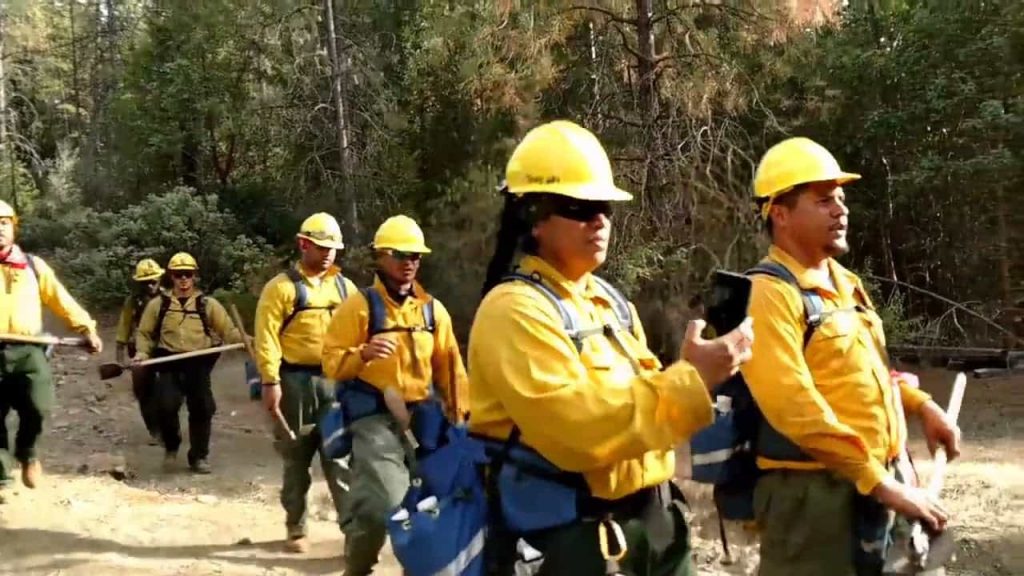 A team of fire-fighters were recorded singing a Christian hymn whilst fighting off the forest fires in California, USA.

Over 10000 fire fighters were called to the scene to fight off 13 important focus points of the fire. Forty-two people have been found dead and close to 85 million hectares have been burnt.

The fire-fighters are specially trained in reducing remote regional fires and difficult areas. This specific team belongs to the department of American Samoa based in Polynesia.

The moment of praise from the mouths of the fire fighters was caught on video by fashion designer Kuegi Toilolo. The video already has more than 4.3 million views.

The hymn sung is called “Fa’afetai i le Atua” which translates to be like a thanksgiving to God in the Samoan language.