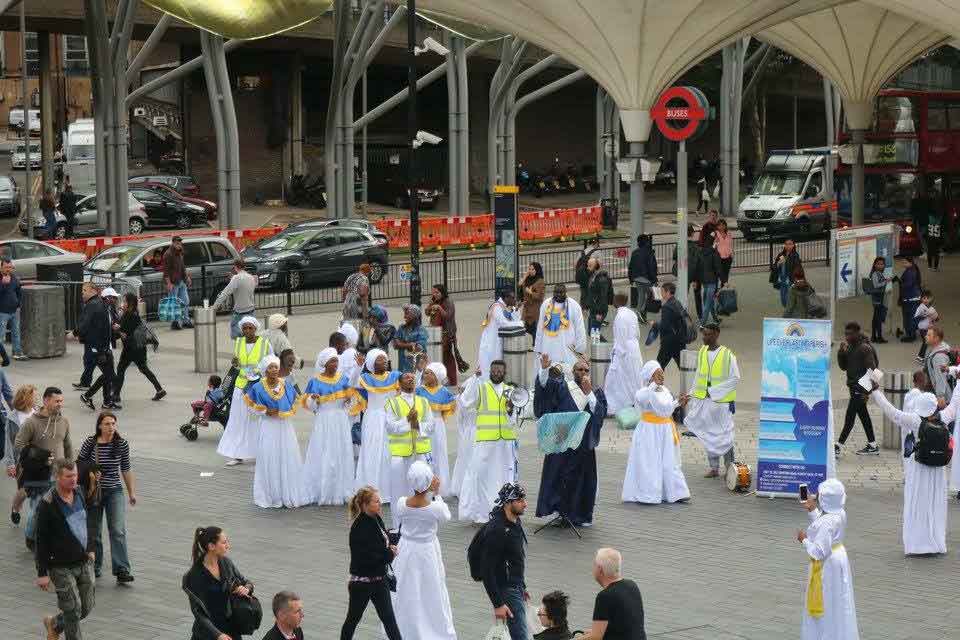 On Saturday 9th of September 2017 Superior Evangelist (Prophet), Michael Aduba along with his parish Celestial Church of Christ Life Everlasting, went to spread the spirit of love and the gospel on the streets of London, namely in the Stratford area. It was the Holy Spirit that spoke to Shepherd Aduba who whilst driving through Stratford one night, told him that a Revival should happen in the midst of that area.
During an interview with Celestial Weekly, Aduba explains that immediately after the instruction, he and his church began to plan to work it out and executed it all within two or three weeks. This was because part of the instruction was to do it as soon as possible. He further spoke about how he contacted Newham Council, informed them of the plans, and “seasoned everything with prayers and the Lord saw [them] through.”
Whether it was our hymns, the sight of our sutanas, what they heard, it was about the spirit of love being spread. The message that day was love, unity, peace and healing,Prophet Michael Aduba

Aduba clarified the purpose of the day was to spread the spirit of the gospel in the community. He was not commissioned to call people to Christ but just spread the gospel. It was not about gathering and calling people to join the church. It was an opportunity for the people who encountered members of Life Everlasting Parish to see Celestians in another light. The public were all able to take something home. “Whether it was our hymns, the sight of our sutanas, what they heard, it was about the spirit of love being spread. The message that day was love, unity, peace and healing,” Aduba told Celestial Weekly.

When asked how the day went he illuminated the fact that, “because the name of God was in what [they] did, it was already a success. Four to three people came for prayers. Remember the Bible says in Luke 15 verse 10 ‘there is joy in the presence of the angels of God over one sinner that repenteth.’”

Celestians from other Parishes also assisted and were present on that day. One of the participants at the event said, “it was a great day, we were evangelising beyond the four walls of the church.”
The crowd that were witnesses to Life Everlasting’s work that day may not end up attending the church but were at least given the opportunity to move closer.

According to Aduba, it was a great day and “God of Celestial was celebrated in [their] midst. In fact, God held the weather for us. The minute we finished and said seven halleluyahs the rain began and people noticed what had just happened. It is not about my parish but about Celestial and the hope to inspire other parishes to do the same.” 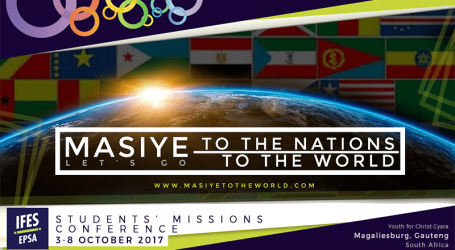